Two-Way Radios 2.0: How the Landscape is Changing

Who would have ever thought that, in the era of smartphones, two-way radios would make a comeback? Learn whats changing from BCA Electronics Category Director Toni Leskela.

Who would have ever thought that, in the era of smartphones, two-way radios would make a comeback? Well, they have, at least in the backcountry, where cell coverage can be sketchy. Not to mention, instant real-time group communication (with two-way radios) is much more valuable when scoping lines than dialing each other up on the phone. But in the alphabet soup of two-way radio technology, there's lots of confusion about which ones to use. So were going to explain it, then talk about how the landscape around two-way radios is changing for next season, including what's in store for the BC Link 2.0.

There are two radio services recreational users can use without jumping through massive numbers of hoops with the FCC (Federal Communications Commission). These services are FRS (Family Radio Service) and GMRS (General Mobile Radio Service). Using the GMRS service requires a license from the FCCalthough most consumers ignore this rule and don't get caught.

You've probably also heard about UHF and VHF radios. UHF and VHF are frequency areas where radios are operated. VHF (Very High Frequency) radios operate in the 30MHz to 300MHz frequency range and UHF (Ultra High Frequency) operates in the 300MHz to 3GHz frequency range. Generally, radios with open access to all of these frequencies require permission from the FCC and often involve the user getting assigned to a reserved frequency. 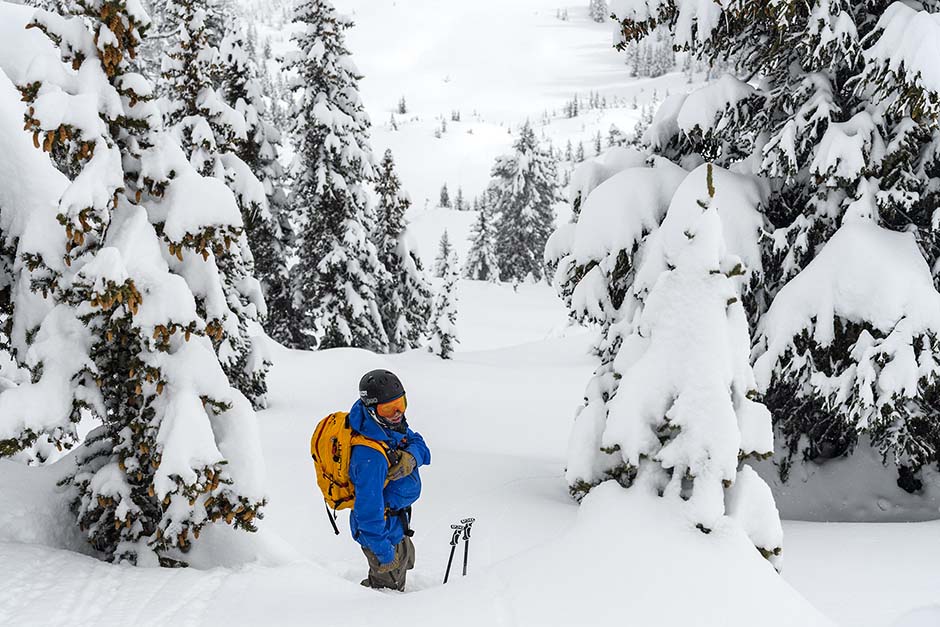 The Family Radio Service (FRS) is a private, two-way, short-distance communication service used for family or group activities. FRS channels are most commonly used through small hand-held walkie-talkies, such as the Motorola Talkabout and BC Link. FRS has 22 channels in the 462 MHz and 467 MHz range, and transmit at 2 watts (W). FRS is also compatible with the General Mobile Radio Service (GMRS) although, unlike GMRS, FRS does not require a license.

GMRS allows similar communications as FRS and data for GPS location information (such as that featured on the Garmin Rino). GMRS broadcasts up to 5W on handheld devices. GMRS does require a license in the U.S., but not in Canada. To apply for a GMRS permit, go to www.fcc.gov/forms/or call (800) 418-3676. An individual with a GMRS license can facilitate the activities of licensees and their immediate family members on one or more stations. A GMRS license term is ten years, as the FCC increased it from a five-year term in 2017. With the latest changes to FCC Title 47 Part 95, all existing BC Link radios are operating as FRS radios (transmit power 2W or less and bandwidth of 25kHz) and therefore are license-free.

Both FRS and GMRS radios operate in the UHF band, while most of the national park and guiding services operate on the VHF band. UHF radios can be programmed to operate on the FRS frequencies, but beware: the FCC has extremely high fines for creating interfering transmissions. Examples of interfering transmissions include using the wrong bandwidth or transmit power or using unauthorized frequencies.

Both UHF and VHF frequencies are line-of-sight radios. This means that no matter what the transmit power, obstacles like mountains, ridgelines, and even large buildings will block transmission. VHF is affected slightly less than UHF due to VHFs lower frequency. That is why VHF is more popular among park services, search-and-rescue, and military organizations. Fun fact: avalanche transceivers operate at the medium frequency of 457kHz because it penetrates snow much better than higher frequency UHF and VHF signals (even higher frequencies are nearly useless under the snow, like those used on GPS units). To overcome the problem of having line-of-sight functionality only, parks, guide services, police, and ski resorts often install repeaters on mountain tops and high buildings. These repeaters are mainly used by professionals, but now technology is also available for GMRS users.

To use an open-frequency UHF/VHF radio, users need to have proper education, such as that required to obtain a ham radio license. However, the use of radios in any revenue-generating operation requires the operator to have an FCC business license within a dedicated frequency. Using UHF/VHF radios requires following certain protocols that minimize extraneous transmissions: for example, even if you have a ham license, you could get fined if you used your radio to tell your employer you're going to be late for work. In the case of emergencies, however, there are no penalties for using any frequency, no matter what license you have.

Deciding which radio service to use depends on what activity youll be engaging in. The short-range reception of FRS radios is best for non-critical communications. FRS is mainly transmitted through walkie-talkies and is commonly used for everyday recreation, sports, and business communications. FRS channels cant be reserved, so they can become crowded. This can be mitigated by avoiding popular channels and privacy codes (like 10-4 or 9-11). The widespread availability and inexpensive prices of walkie-talkies have made FRS more of a consumer (versus professional) frequency band.

As you can see, the landscape around two-way radio technology is complicated and involves lots of regulations and red tape. But we've waded through all this and are proud to be shipping our new BC Link 2.0 this fall. This unit takes advantage of the new FCC rules and allows us to use a maximum of 2W instead of the maximum 1W on our original BC Link. The 2.0 also has some nice improvements, including a smaller Smart Mic, a robust cord/base unit connection, and more weatherproofing. Keep your eyes out for it at your local retailer!