How to Use: Watch BCA's Backcountry Basics Educational Videos

BCA has just released a new series of five educational videos titled, BCA Backcountry Basics: Get the Goods without Getting Buried. The goal is to get new backcountry riders stoked on snow safetyand enrolled in avalanche courses.

BCA is excited to announce that we've just released a new series of educational videos. The series includes five webisodes collectively titled, BCA Backcountry Basics: Get the Goods without Getting Buried. The goal is to get new backcountry riders stoked on snow safety and enrolled in avalanche courses. 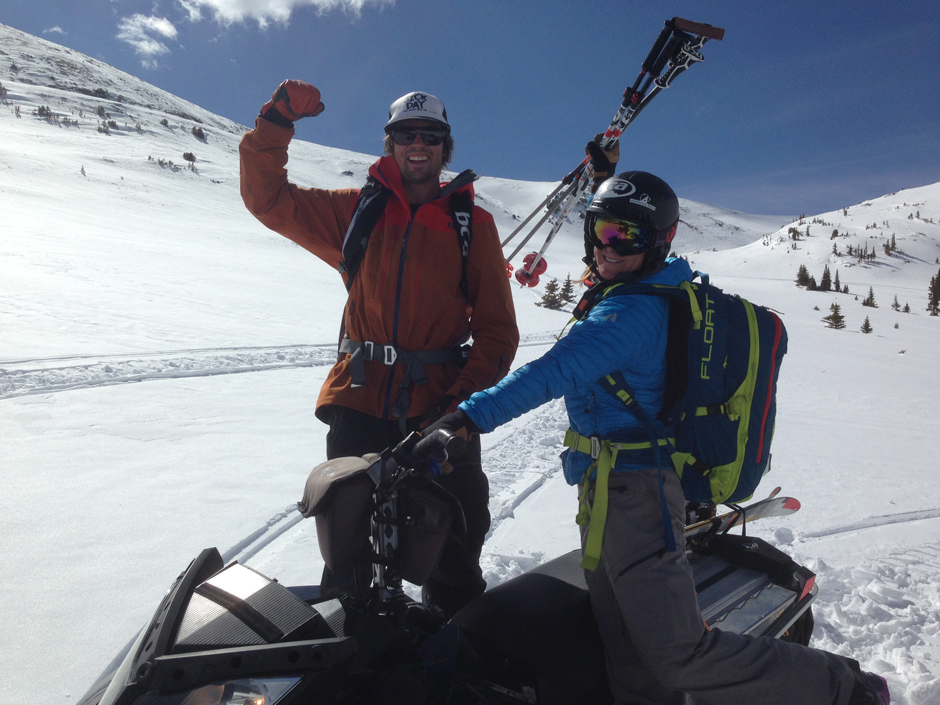 Film starsColter Hinchliffe and Lel Tone were stoked on the conditions.

BCA Backcountry Basics was filmed in collaboration with AIARE (the American Institute of Avalanche Research and Education) and The Avalanche Project. AIARE is a leading developer of curriculum for avalanche educators, with over 120 participating avalanche schools in the US. The Avalanche Project (formerly called Project Zero) is a consortium of North American manufacturers, resorts, land managers, and educators that are working together to promote avalanche education and consistent messaging. Both of these organizations helped us develop the script and made sure it was consistent with what the avalanche schools and forecast centers are all saying. 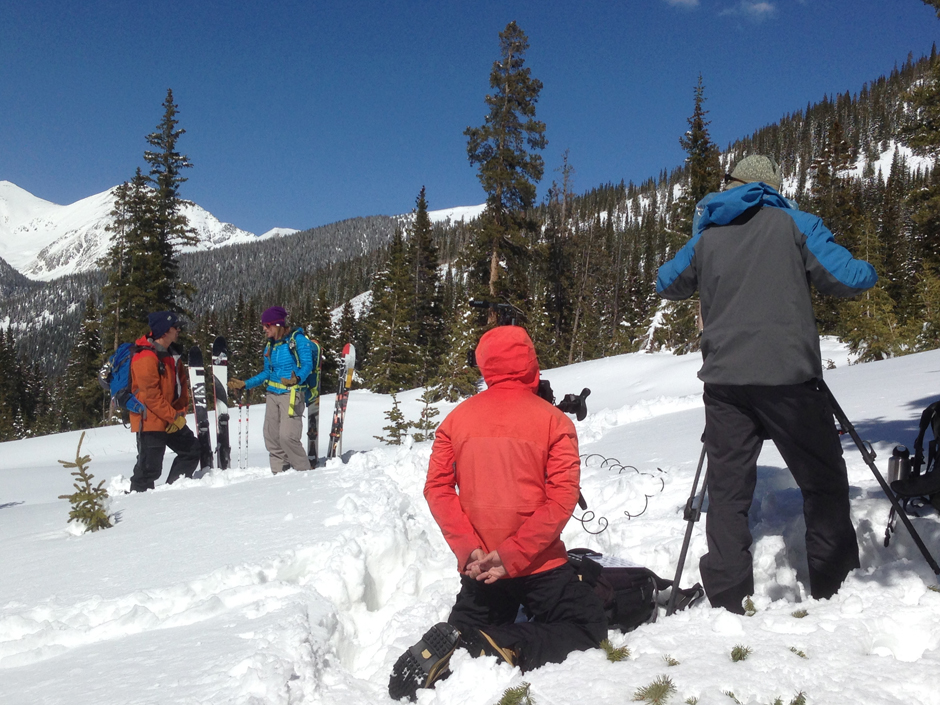 Lel and Colter pose for the camera in the shadow of 14,000 Grays and Torreys peaks.

The series is broken into five webisodes: 1) Get the Gear; 2) Get the Training; 3) Get the Forecast; 4) Get the Picture; 5) Get Out of Harms Way. You'll see these five points in several other projects that have come out this season, including the Know Before You Go program from the Utah and Colorado avalanche centers, both of whom also drew inspiration from The Avalanche Project. Avalanche Canada is also using these five key points in their latest messaging, especially to snowmobilers.

We tried to make this video series as brand-neutral as possible, in case educators, want to use it in their classes. Of course, we have great access to BCA equipment, so that's what you're going to see! If you want to use any of our materials and download our videos, just follow the directions on our Avalanche Avoidance and Avalanche Rescue pages. 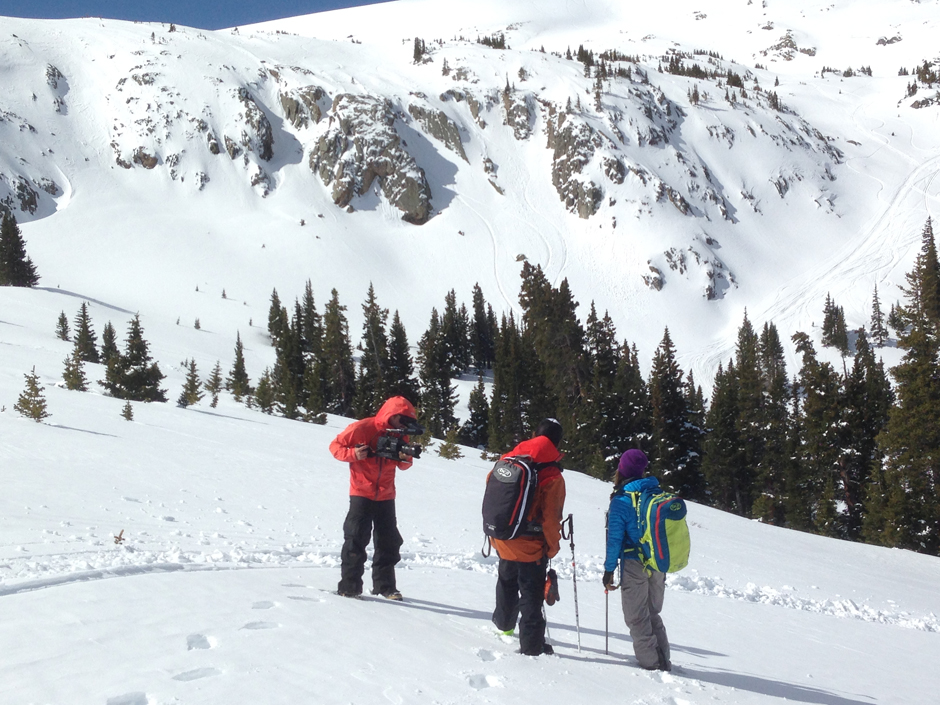 Tucker shoots Colter and Lel at an undisclosed location in Summit County, CO.

The timing for this project was superb. We did it last May during the only three days of clear weather that we had all spring. We based out of Marketing VP Bruce Edgerlys cabin in Summit County, CO, where it's possible to ski tour straight out the back door and snowmobile straight out the front. We were joined by videographer Tucker Neary and assistant Luke Brigham, as well as Ben Pritchett from The Avalanche Project, to make sure our script was on point. 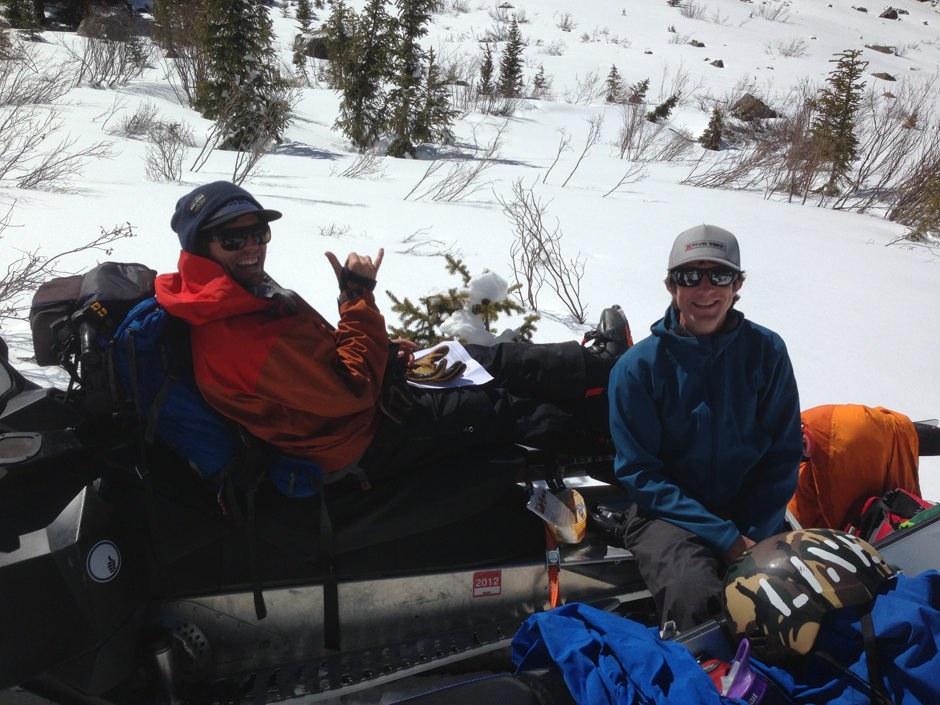 Colter and Ben take a break between scenes.

It wasn't all posing, of course. After the first day of filming, Edge and Colter decided to go for a little scouting mission on the sleds, to prep for the next days skiing segment. This turned into an epic ride with perfect conditions, some sled hucking, and Colter getting thrown from his Ski-Doo 800 XPwhich then went on a ghost ride into some dense trees down in the valley. As you might see from the photos, Colter wasn't wearing a helmet (we were only going scouting, remember?). Always wear a helmet and chest protection! So much for practicing what we preach 😉 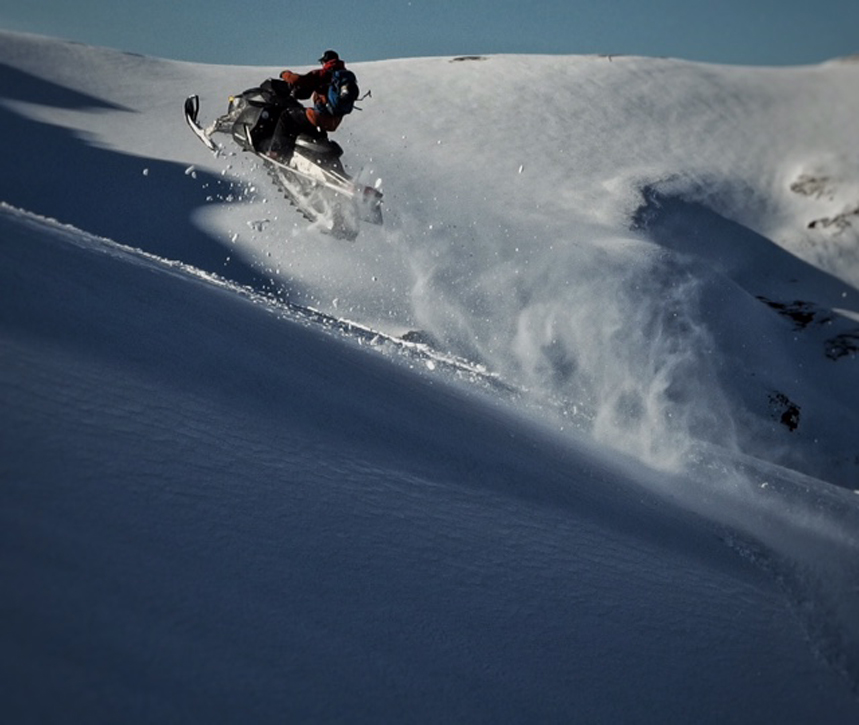 Colter sending it (without a helmet on). Bad role modeling! 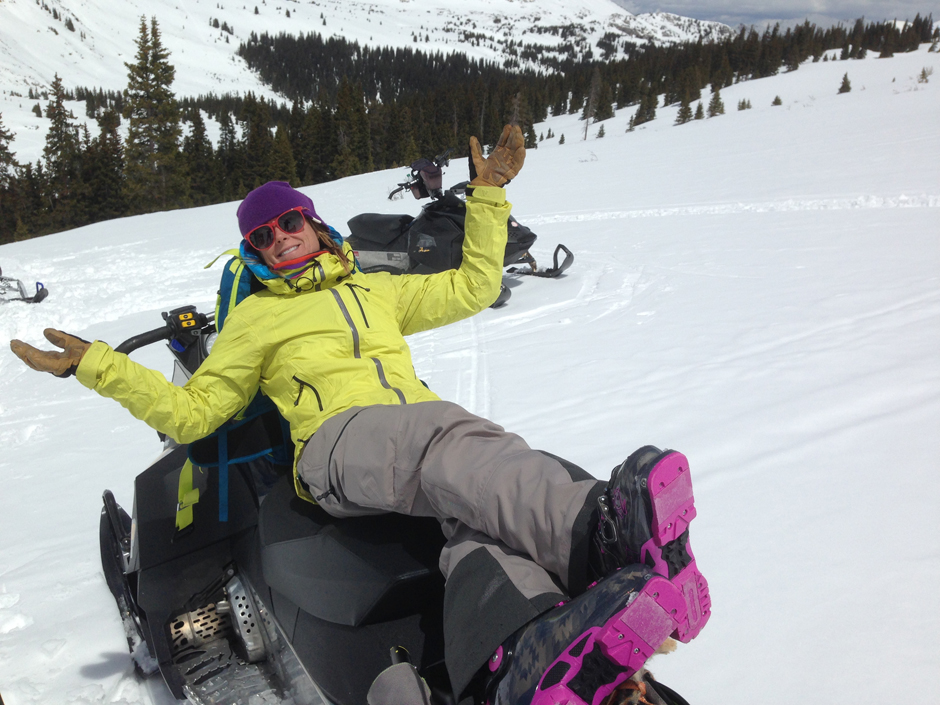 Lel takes a break from filming, on Edges Yamaha.

Over the next few weeks, well debut each webisode, so you can digest each one separately. When you're done watching these, then check out our Avalanche Rescue Companion Rescue Series.