With the advent of protective airbag vests, a tunnel bag is now a must-have. But what gear do you put in each one? If youre looking to be more nimble, let your machine carry the weight instead of your back. But always carry an extra shovel on your sled, so you dont have to remove your airbag to dig out your sled. BCA sled ambassador Mike Duffy reports.

The evolution of avalanche gear has necessitated many changes in gear placement when snowmobiling. With the advent of protective airbag vests, a tunnel bag is now a must-have. But what snowmobile gear do you put in each one?

Not too long ago, we were trying to get the word out not to put your probe and shovel in your tunnel bag or under the hood of the sled. That gear was to be carried in a backpack. The reasoning was that if you got separated from the sled or the sled was buried you could still perform an effective rescue and had the gear with you to survive the night out. We were pushing for all your gear to be in a backpack. 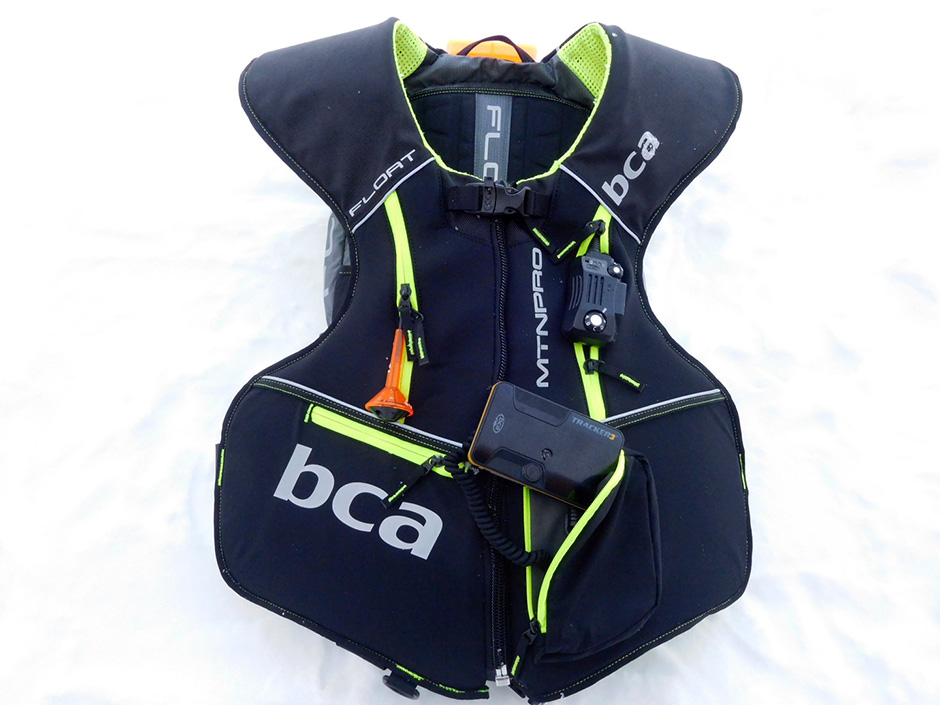 Once you try a pack that's smaller and lighter than the original Float 30, you realize how much easier riding is, especially in technical terrain. Having less weight on your back makes a huge difference in comfort and rider performance. Many riders prefer the lighter Float 8, Float 22, Float 25 Turbo and the Float MtnPro Vest. I use the Float MtnPro vest due to comfort, protection, ease of transceiver access, and the lightweight, but where do I put all the gear I used to carry in one big pack? 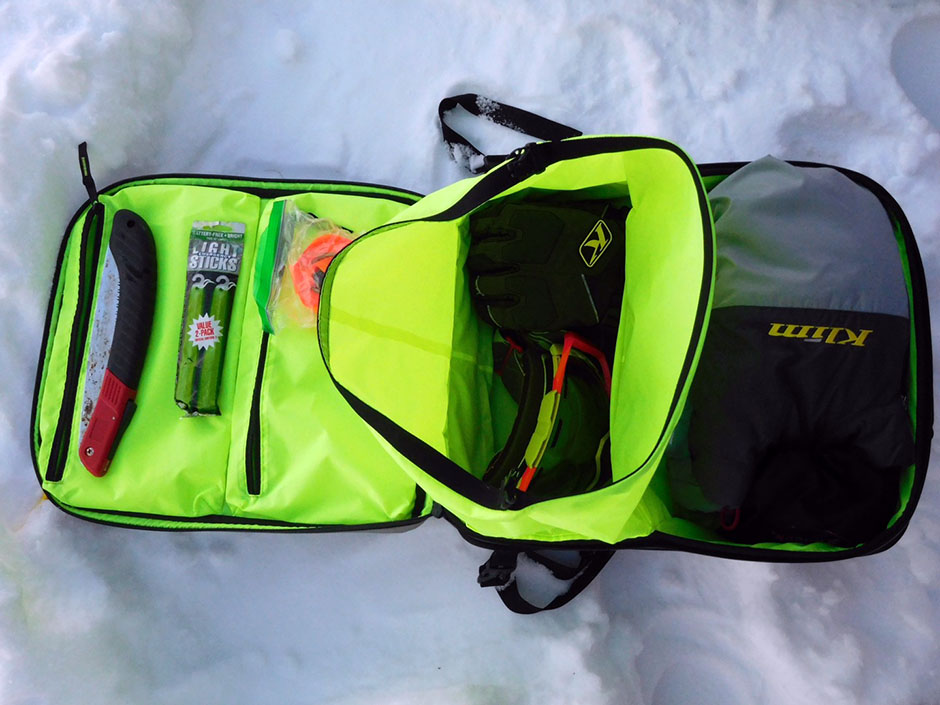 If you're looking to be more nimble on your sled, let your machine carry the weight instead of your back. But don't compromise safety. A protective airbag vest and tunnel bag is the ideal combo.

Mike Duffy teaches snowmobile backcountry skills classes and avalanche safety courses in the U.S. and Canada, like this one (above) in Silverton, CO. Find a class near you at Avalanche1.